Research has found that increased smoking intensity corresponds to a higher risk of developing severe psoriasis whilst  longer cumulative duration of smoking (pack-years) increases the likelihood of developing psoriasis. The study also demonstrated a graded increase in psoriasis risk with increasing exposure to passive smoke.

In one study, researchers investigated the associations between smoking status, quantity,duration, and cessation and exposure to environmental tobacco smoke and the risk of incident psoriasis in a total population of 185,836 participants from the Nurses’ Health Study (NHS), the Nurses’ Health Study II (NHS II), and Health Professionals’ Follow-up Study (HPFS). They reported that in the NHS, 20% of the cases of incident psoriasis might have been prevented by the elimination of smoking. Similarly, the population-attributable risk was 15% in the NHS II and 19% in the HPFS. For all participants, 17.5% of the incidents of psoriasis were attributable to having ever smoked. Evidence from past association studies seemed to indicate a stronger association between smoking and psoriasis in women than in men.3

Research has also shown that the risk increases with the number of cigarettes smoked daily. Studies have shown that smoking more than 10 cigarettes per day by men who are psoriasis patients may be associated with a more severe expression of disease in their extremities. In addition, smoking among both men and women who are psoriasis patients has been shown to reduce improvement rates and hence difficulty in achieving remission during treatment.4 In a multicentre case-control study of 404 psoriasis patients and 616 controls, the risk for psoriasis was higher in smokers compared with non-smokers, and the association with smoking was stronger and more consistent among women than men. A particularly strong association was also found between smoking more than 15 cigarettes per day and Palmoplantar Pustular Psoriasis (PPP). Several observational and case-control studies have demonstrated up to 94% prevalence of tobacco use in patients with PPP.6 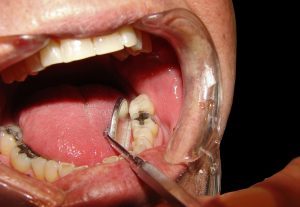 Another interesting observation was the frequent coexistence of a smoking habit and alcohol consumption in patients with psoriasis. In the literature, alcohol consumption has been described as a factor responsible for triggering psoriasis, but it is said that smoking increases the risk of the onset of the disease. Previous studies have indicated that smokers who drink are twice as likely to develop the disease as non-smokers and non-drinkers.8,9

It is well recognized that stress and anxiety acts in both the initiation and exacerbation of psoriasis. Psychosocial stressors include acute negative life events or chronic strains and have been implicated as risk factors for tobacco use. Psychological stress may influence smoking behaviour (e.g., initiation, maintenance, and relapse) through a number of mechanisms. Specifically, smoking may function as a coping behaviour, whereby nicotine is used to self-medicate in response to stress; it is also possible that exposure to stress may result in diminished self-regulation to control the urge to smoke. Previous observational studies illustrate that acute stressful events and greater exposure to chronic stressors (e.g., related to work, finances, or relationships) are associated with higher smoking prevalence compared to persons who did not experience these stressors.10

So in summary, studies suggest that cigarette smoking may trigger the development of psoriasis through oxidative, inflammatory and genetic mechanisms. Furthermore, smoking is associated with the clinical severity of psoriasis. Smoking also contributes to higher morbidity and mortality from smoking related disorders in these patients. It is, therefore, advisable, if possible to quit smoking, or at the very least, keep your smoking to a minimum, preferably under 10 cigarettes a day. Try to adopt other mechanisms to cope with your stress and anxiety and it is suggested that you read our other blogs on “Simple Physical and Mental Relaxation Techniques”.  Using these techniques you may be able to reduce your stress and anxiety levels and this may allow you to cut down on the number of cigarettes you smoke.