Cutaneous drug eruptions are one of the most common types of adverse reaction to drug therapy, with an overall incidence rate of 2–3% in hospitalized patients. Almost any medicine can induce skin reactions, and certain drug classes, such as non-steroidal anti-inflammatory drugs (NSAIDs), antibiotics and anti-epileptics have drug eruption rates approaching 1–5%.1 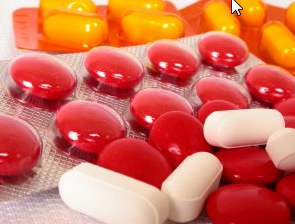 In view of their relationship to psoriasis, therapeutic agents may be classified as follows:

(1)     Drugs with strong reported case evidence for a causal relationship to psoriasis including lithium, beta blockers, and synthetic antimalarial drugs;

(2)     Drugs with a considerable number of studies but insufficient data to support induction  or aggravation of the disease;

(3)     Drugs occasionally reported to be associated with aggravation or induction. 2.3

Drug-provoked psoriasis can be divided into two categories:-

1]       Drug-INDUCED psoriasis – where discontinuation of the causative drug stops the further progression of the disease. This form tends to occur in a “de novo” fashion in patients with no family or previous history of psoriasis. The clinical presentation of   these lesions  may often mimic the pustular variant of psoriasis, often with no nail involvement or associated arthritis. 2

2]       Drug-AGGRAVATED psoriasis – where the disease progresses even after the discontinuation of the offending drug and usually occur in patients with a history of  psoriasis or with a genetic predisposition for the disease. Patients can have exacerbation of pre-existing psoriatic lesions or develop new lesions in previously   uninvolved skin. Histological examination reveals features that are more characteristicof psoriasis vulgaris. 2

These two reactions are not to be confused with “Psoriasiform drug eruption”. This is a broad term that refers to a group of disorders that clinically and/or histologically simulate psoriasis at some point during the course of the disease. This type of eruption is usually associated with seborrheic dermatitis, pityriasis rubra pilaris, secondary syphilis, pityriasis rosea, mycosis fungoides, and some malignancies. 2

Some Drugs that Trigger or Exacerbates Psoriasis

It is important for the patient to supply information to their GP or Practitioner as to all medications being used and when the lesions were first noticed, or when they noticed their existing lesions worsening. In some instances the eruption of new lesions may take several weeks or even months to occur, when this happens it may be difficult to determine the exact causal relationship between a drug and an eruption. The following chart may be of assistance in determining if one of your medications may be involved.