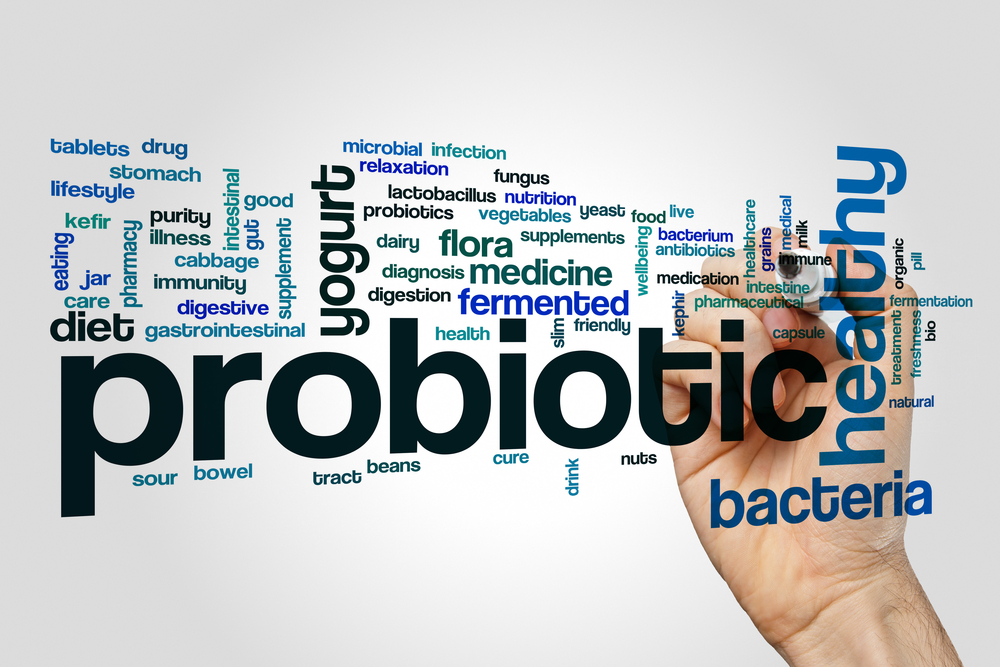 What do probiotics do?

A balanced microbiome plays an important role in maintaining our immune health, including regulating allergies, autoimmunity and reducing infection.  Certain gut microbes have also been shown to influence mental health and our appetites.  With research into the microbiome now the next big thing, it seems there is a specific probiotic for almost every condition you can think of, but what does the research say about using probiotics for eczema?

Probiotics are helpful bacteria which protect us against harmful bacteria.  They occur naturally all around us and are found in particularly high amounts in fermented foods such as yoghurts, pickled foods, kombucha, kefir, Sauer Kraut and more.  For the last few decades, modern medicine has relied on antibiotics as a main stay of treatment in skin disease, with the focus on ‘killing the bad guys’ so to speak.  More recently, in the face of increasing antibiotic resistance, science is turning its attention to increasing the ‘good guys’ instead.

Patients with eczema, as with many other skin conditions such as acne, rosacea and psoriasis, have been found to have alterations in their gut microflora when compared to healthy controls.  It is also well established that an early exposure to diverse microbes via natural birth, breast feeding, early animal exposure, and avoiding a sterile home environment are protective factors against the onset of allergic diseases.  This understanding has highlighted the importance of microbes in the regulation of allergic disease and led to multiple studies which have investigated the use of oral supplementation of probiotic bacteria as a potential eczema treatment.

The strongest evidence to support probiotics in eczema was from a 2015 study which found that a specific strain of probiotic helped to reduce the incidence of eczema when given to pregnant mothers towards the end of pregnancy, and directly to the infant up to 1 year of age (Rather, I., et al, 2016)

A more recent 2017 study investigated the use of the same strain of probiotic combined with oral immunotherapy in reducing anaphylactic reactions to peanuts.  Results demonstrated a significant reduction in anaphylactic and other allergic reactions to peanuts, which were maintained for at least 4 years after treatment (Hsiao, K.C., 2017).  Again, this suggests a vital role in bacterial exposure and immune regulation.

However, evidence to support the use of probiotics as a treatment of established eczema in older age groups remains elusive.   It is important to note that certain probiotic strains may also make your symptoms worse through due to their effect on the release of histamine.  Therefore, it is important to choose the right probiotic for your age and your condition.

Can eczema patients take probiotics with other medications?

At the PEC our Integrative Practitioners are trained in the field of nutritional medicine and can help you find the right dietary/nutritional solutions for your eczema.